European Blues Awards Presentations have now been made for 2019 Winners 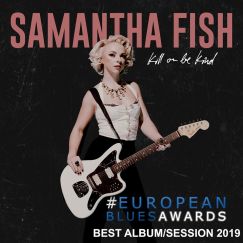 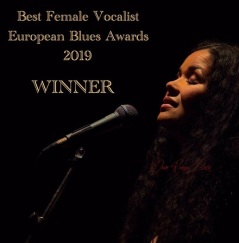 Despite worldwide Covid19 crisis European Blues Awards certificates have been circulated for winners of 2019 process as Spring Presentation Live Events were all cancelled. Also have another virtual live stream during an extended #BluesHour twitter forum  Monday 25 May from 20.00 CET/19.00 GMT/14.00 EST. Regretfully 2020 vote has been cancelled due to so many categories being decided by live performance and events. Congratulations to all winners of the biggest and longest running independent genre accolade public vote outside the USA.

It is with regret that the decision has been taken to cancel European Blues Awards 2020. As much is dependent on live performance within Europe, due to unfortunate current circumstances there was little option than to call off the 2020 awards process. As already reported there will be no 2019 presentation events and alternatives are being considered. More information and updates coming soon.

On a more positive note the weekly social media Blues forum #BluesHour will be circulating live performance streams and links as well as archive live videos posted using the hashtag on twitter Mondays from 21.00 CET/20.00 GMT/15.00 EST. As the European Blues Awards are by charter a non commercial venture there will be no charge for taking part and access is open to all. Thanking you for all your support in keeping the Blues alive at this time. Please stay safe and join in every Monday. 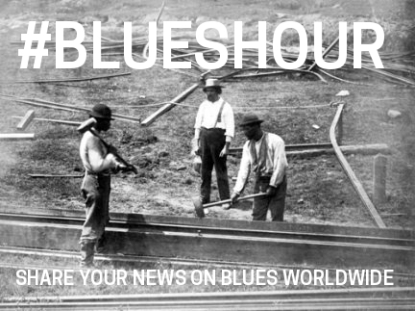 Regretfully due to recent circumstances in Europe it will not be possible to hold the usual presentation events for European Blues Awards Winners 2019. It is hoped that another method will be adopted and presently looking into alternatives. More information to follow soon.

At this challenging time would like to invite everyone to post or stream live material and videos using the hashtag #BluesHour to be viewed and circulated worldwide by the @BluesHour forum’s twitter followers. This will provide at least one way to launch new material and provide an audience that sadly may not presently be able to attend live performance venues. There is no cost to post on the forum and is open to everyone on Mondays from 21.00 CET/20.00 GMT/15.00 EST.

Lifetime Contribution and Hall of Fame update for 2019

The 2019 European Blues Lifetime Contribution Award has been announced as the late Ginger Baker. His influence and inspiration on the European Blues Scene has been tremendous and he will be sadly missed by all. There are also two additions to the Hall of Fame with Blues Matters Magazine and Joe Bonamassa winning their third awards in the digital vote era.

Over recent times there have been a number of newer genre accolades emerging and this has led to a degree of confusion and misunderstanding. The team would like to take this opportunity to explain that the European Blues Awards have at no time collected or used data base information in any way. The process is conducted without any form of commercial gain or sponsorship and remains independent by charter.

Here are the 2019 vote winners in what was another massive vote. Big thank you to all that voted and of course all of this years finalists. Award certificates will be distributed as normal during 2020 and the process remains without commercial gain or sponsorship. We are delighted to report that there are another 2 members of the European Blues Awards Hall of Fame as a result and the 2019 Lifetime Contribution Award will be announced during #BluesHour twitter forum Monday 2nd December 21.00 CET/20.00 GMT/15.00 EST.

Best Album Kill or be Kind by Samantha Fish

Voting has now closed in 39th European Blues Awards. Very big thank you to everyone who voted and all the wonderful finalists in the process. Has been another huge public vote and the awards remain the longest running and biggest independent genre accolade outside the USA.

Further information on the announcement and latest update will be released during weekly #BluesHour twitter Monday 18th November.

Here is a list of 2019 finalists and due to recent events there was no public vote for this year’s Lifetime Contribution Award.